Our Work in Niger

QC started its activities in Niger since the beginning of 2000 by working through partnership and cooperation with some local and regional community organizations to help alleviate the suffering of people living in rural areas affected by drought, poverty and disease. Seeking to implement its strategy for 2007-2011, QC decided to expand the geographical scope of its work by opening new eld of ces of which included Niger Of ce.The decision to expand came after holding the Donor Forum in Doha from 21st to 22nd January 2007 which called for supporting Niger to overcome the cycle of recurring food crises. QC obtained an of cial license in 2007, followed by signing a framework agreement with the government of Niger to work in the country. Like other international non-governmental organizations, the work of QC in the country is regulated through the supervision of the Ministry of Planning and Local Development.

Donate for the Niger be better
Every help counts, every aid matters Choose Donation Type 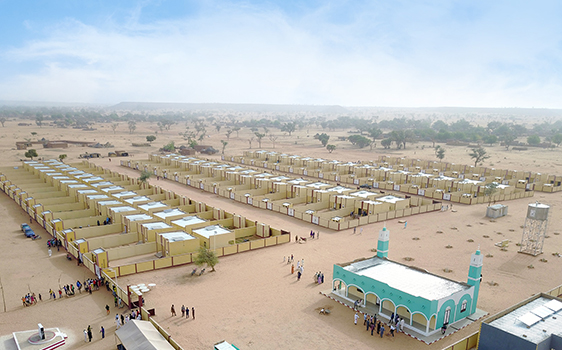 Niger is located between the Sahara and sub-Saharan regions. The population of the country is about 17,138,707 (2012) living in an estimated area of 1,267,000 sq. km, 80% of which is a barren desert. Niger is considered one of the world’s poorest and least developed countries. Qatar Charity of ce is located in the centre of Niamey, the capital city of Niger, and is one of the most active of ces of QC in the Sahel region. The of ce plays a signi cant role in contributing to development efforts and alleviating the suffering of the people in Niger. The country ranks 187th out of 188 on the Human Develop- ment Index (2013).