Board of Directors - Qatar Charity 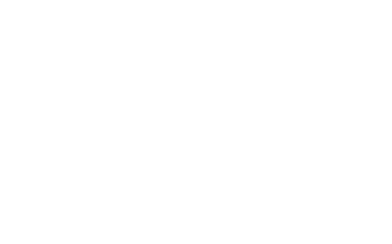 The Board of Directors, represented by its executive office, is responsible for the duties delegated or assigned to it by the Qatar Charity general assembly, including supervising, reviewing, and supporting Qatar Charity's mission, vision, and values. The council consists of nine members.

Chairman of Board of Directors

He graduated from the Beirut Arab University with a BA degree in Law in 1993.

He started his career in 1979 at the Ministry of Interior as a police officer.

In 1983 he was appointed head of the follow-up department at the General Directorate of Immigration, Passports, and Nationality, then as director of passports for land and follow-up centers in 1996.

In 2001, His Highness the Emir issued a decision appointing him as Minister of State for Internal Affairs.

In 2005 he was appointed Minister of State.

In 2008 he became a member and general secretary of the Ruling Family Affairs Council.

In 2013, he was elected as a Chairman of the Qatar Charity Association.

Vice Chairman of the Board

He held several senior positions in the country

He graduated from King Abdulaziz College for Military Sciences

Holds a master’s degree in military science from the Staff Command College in the Kingdom of Saudi Arabia in 1989.

In 1996 he was appointed Minister of Endowments and Islamic Affairs.

In 2004 he was appointed Adviser to His Highness the Emir.

In 2008: he was appointed the Minister of Endowments and Islamic Affairs.

2008: he joined Qatar First Bank as a founder and former member of the Board of Directors

In 2010 he was awarded the degree of minister.

He held the position of Assistant Professor in the University's Electronic Engineering Department until he was appointed Dean of the College of Engineering in 2000, then, in 2006 he became the Vice President of the University for Planning Affairs.

In 2001 he was appointed Director of the Qatar College of Technology.

Between 2008-2013, he served as Executive Vice President of Institutional Development for the Qatari Diar Real Estate Investment Company.

In 2013, he was appointed as Minister of Education and Higher Education and Secretary-General of the Supreme Education Council. He also serves as the Chairman of the Qatar National Committee for Education, Culture, and Science.

Mr. Yousef Al-Kuwari holds a bachelor degree of Business Administration in Information Technology from the University of North Carolina in the United States of America. Serving as a director of Information Technology, he contributed to the digital breakthrough in the ministries and governmental institutions in the State of Qatar. Through the establishment of the early models of electronic systems, Mr. Yousef Al-Kuwari led the digital transformation of ministries and governmental bodies, which was later on adopted by all governmental entities. In 2011, he was appointed CEO of Qatar Charity, as he managed to develop internal policies and regulations in accordance with the highest international standards, and apply best financial, technical and quality control practices. Being keen to strengthen international partnerships, Mr. Al-Kuwari has signed nearly 100 international partnership agreements with the United Nations and other international and regional humanitarian organizations. With more than 25 years of experience in the humanitarian action and advanced technologies, Mr. Al-Kuwari has contributed to establishing one of the cutting-edge systems in the humanitarian work area, which enabled Qatar Charity to obtain the ISO / IEC 27001: 2013 certificate in information security. Due to his outstanding achievements in the sector of humanitarian action, Mr. Al-Kuwari received many awards, such as The UNESCO Science Prize by the UN at the World Humanitarian Summit 2016. Focusing on various areas of humanitarian interventions, Mr. Yousef has successfully increased the number of projects carried out by Qatar Charity annually by more than 200% compared to previous years. He has succeeded to increase the number of beneficiaries to 7 million people per year, while Qatar Charity proudly now -under its child care program- supports more than 150,000 children across the globe. Under his leadership, Qatar Charity’s field outreach has expanded to 28 regional offices throughout four continents. Mr. Yousef Al-Kuwari has dedicated time, money and expertise to rank Qatar Charity amongst top NGOs in the region and the world. As a result, it has developed more than 50 innovative channels of fundraising which have increased Qatar Charity’s annu

He graduated from Qatar University with a Bachelor’s degree in Management and Economics; then he joined several programs in leadership and economic studies at the John F. Kennedy College at Harvard University in the United States, and the London School of Economics in the UK.

He started his career at the Emiri Diwan as an economic researcher and held several positions, including the Head of Studies and Research Affairs and the Head of Development Studies therein.

He is currently the Director of Economic and Political Affairs at the Emiri Diwan of the State of Qatar.

Mr. Abdelrahman Rahman A. Jaleel A N Al-Abdulghani is a prominent businessman, with over 25 years of experience in leadership on both national and international levels.

He is the Vice President of M / S company Abdullah Abdulghani & Brothers W.L.L, Toyota distributors in Qatar for the past twenty years.

He graduated from the Faculty of Sharia at Qatar University in 1982 and obtained a master’s degree in 2002.

Then he obtained his Ph.D. from the University of Omdurman Islamic University in Sudan with distinction in 2010.

He works as an imam and orator and has published several articles in Qatari newspapers and contributed to many programs on Qatar TV and Qatar Radio.